Saved Searches Advanced Search
We Are Open! Please note, masks are required as directed by provincial health order. Learn what to expect, services offered, our new hours, and how we are working to keep everyone safe.
Jacket cover images copied to clipboard.
General Recommendations

SurreyLibraries_Teens
Surrey Libraries
Staff-created list
SurreyLibraries_Teens - the original event was organized by David Shepherd and Travis Price of Berwick, Nova Scotia, who in 2007 bought and distributed 50 pink shirts after male ninth grade student Chuck McNeill was bullied for wearing a pink shirt during the first day of school. In Nova Scotia, Nova Scotia Premier Rodney MacDonald proclaimed the second Thursday of September "Stand Up Against Bullying Day" in recognition of these events. In 2008, the then Premier of British Columbia, Gordon Campbell proclaimed February 27 to be the provincial anti-bullying day. The last Wednesday each February is now the national anti-bullying day in Canada.
By:

Felix Ever After
by Callender, Kacen 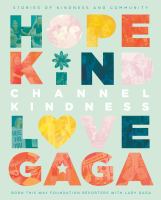 The Burning
by Bates, Laura

Feral
A Novel
by Luiken, Nicole

Ziggy, Stardust & Me
by Brandon, James

Together at Midnight
by Castle, Jennifer

Here to Stay
by Farizan, Sara